My sister picked Shorty Chelle as the winner of the Prize Giveaway.  I will be sending her an email in one moment.

Thanks to all the participants.  I do appreciate everyone who reads my blog.

Adding to the Prizes

I said I was going to add something to the Prize Giveaway.  So, what should I add?

How about a Dragon Rescue Kit?  The kit includes one orphan dragon and Dragonkeeper’s Guide.

So, we have a free download of any one of my 4 ebooks, a $10 MLR Press gift card, a bookmarker, a Trade size dragon book cover and the Dragon rescue kit.  AANNDD….How would you like to be a side character?  In the next Dragon Marines’ story?    (I hope you like cold weather and snow)

Leave a comment and I’ll let one of my sisters pick a name on Sunday night.

Thanks and have a great weekend.

All from MLR Press

This is some deleted info from Dragon’s Surprise, mainly about characters that appeared in Captain’s Mate.

Don’t forget to comment for a chance to win my Prize Giveaway;  $10 MLR Press gift card, a free download of one of my ebooks, a glass pendant necklace, a trade-size dragon book cover and a book marker.  Maybe I’ll add something else tomorrow.

The Marine squadron had many of the original dragons still in its ranks. Syrus was on his last tour of duty. He would be retiring in four months, unless war with the Voldai was declared. His mate, Scott Andrews, was stationed in Fairbanks, Alaska. Syrus would be moving there after his retirement and opening a shifter training facility.

Penders and Perry were now part of Marine recruitment. The others, Tuft, Chulko, Stumpf, McCartney and Rund, had transferred to the Requiem with Dane. Three new Dragon Marines, Pacolay, Tkach and Mott, had joined the Squadron nine months ago.

Caroline, Tuft’s whale shifter mate was in Hawaii, expecting their second child. The first, Eric, was a water dragon, with the coloring of his mother’s blue whale. It was unusual to find a dragonette all one color.

Freddy Bishop, mate to Jacob Chulko, had been transferred to the Requiem at Franklin’s request. Captain Hiram Drexler had agreed to take back the rank of Vice Admiral and work at the Pentagon until his retirement. Franklin had been able to attend the ceremony and had extended best wishes from Dane and himself.

Dr. and Mrs. Penndragon were still aboard the Reagan

There had been few dragon/human problems on the Requiem, a testament to Franklin’s predecessor, Rear Admiral Robert Valamay. The Admiral’s new job at the Pentagon was to make relations between the Dragos and humans in the military more of a smooth and seamless entity.

Hope everyone has a great weekend.

Irene Preston has a ‘Foodie Blog’ every week on her site, and she very kindly let me blog on it.  The addy is http://wp.me/p3zhpT-t8

I have two salad recipes in the blog, a Broccoli Salad and a Pea Salad.  Two of my favorites.

I am adding on a $10 gift card from MLR Press to the giveaway.

Blog and a Prize

Between the weather and the computer, I haven’t been able to post a blog til today.

I am having a Prize giveaway because my new book, Dragon’s Surprise, came out this past Friday from MLR Press.  What am I giving away?  A free download of any of my four books:

A Dragon book cover, trade size, a bookmarker, a necklace.  Maybe something else.

Pictures will be posted, hopefully tomorrow.  Post a comment on any of my blogs until the date I pick the winner, June 27.  Maybe I’ll have a second winner, depending on how many entrees.  We shall see.

Hope everyone has a great day!  Jenn Dease

Dragon’s Surprise is at MLR Press! Go get it!!

I’ll be having a giveaway starting Sunday!! Stay tuned!!!

It is now after midnight, so I can say:  Dragon’s Surprise is coming out tomorrow, Friday, June 12 from MLR Press!!

This is the second book in my series and takes place appr. 4 years after Captain’s Mate.

I will have a giveaway starting this weekend.  Come back to find out.

Totally forgot this was Mother’s Day weekend.  (Enjoy your Mom.  They are not here forever.)

I am adding on a $10 Gift Card to either MLR Press or Barnes & Noble.  Mom’s choice.

And, I’ll be sending out a surprise gift, also.

Winner will be picked Monday, so hurry!!  Enter either on my last post or on this one.

I decided to do a prize drawing to go along with the ‘Storming Love: Flood’ blog tour.

The prizes are ‘Longhorn’ duct tape and an oval Glass Pendant on a black ribbon. 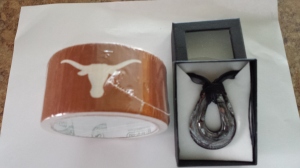 Anyone who comments has one chance.  If you can tell me where in ‘Storming Love: Flood  Bridge & Doug’ the Longhorn appears, you get two extra chances.  Drawing will take place on May 11.

Don’t forget to check out the different blogs and prizes on the ‘Storming Love: Flood’ tour.

Good luck to everyone.

All Six Authors.  Nineteen Blogs!!  Visit them all!!  One Grand Prize!!

Each author has prizes.  Check them all out!   Buy the Books!!!

Will Parkinson with Kris Jacen and 6 others